Panorama photography is undoubtedly a popular approach for photographers who want to capture something extraordinary. Although panoramic photography requires some planning, the end product can be spectacular photographs that capture the spirit of a location and a season. Furthermore, a panoramic shot offers a broad perspective. It conveys a complex narrative about a place — such as the patterns in a forest or a mountain range or the movement of weather silhouettes in the sky.

An eye-catching panoramic photograph can be a real showstopper that compels onlookers to approach up close and scrutinize every last detail. However, there are some considerations and methods to master before you make one. This article will teach a few techniques for creating panoramic images and essential safety precautions, post basic introduction.

What Is A Panorama?

In contrast to a single exposure, a panoramic photograph frames a broader view area. It captures the essence of a location by merging overlapping photos of a scene and employing imaging software to produce a seamless picture.

Back in the day, panoramic pictures used to be created by stitching together larger printed images — but that left a lot of chance for error. In recent times, photographers can even create “gigapixel” panoramas by merging hundreds of high-resolution photos. This shows- Panoramic photography is the best option for anyone who wishes to capture the essence of a prominent location- whether in an urban or natural environment.

Although there are various kinds of panoramic photography, they all share the technique of taking a wide-angle shot. The partial, 360-degree, and spherical ones are the three most popular.

A 360-degree panoramic photo is a more sophisticated technique encompassing the photographer’s whole field of vision. Essentially, it is made by beginning with a partial panorama and continuing to take photographs until the first and last images overlap.

All scene angles, including up and down, are framed in spherical panoramic photographs.

Partial panoramic photos are wide-angle views produced by stitching together multiple images, giving a perspective that is impossible to capture in a single frame.

#1 If your device has a specific panoramic mode, utilize it

Beyond the entry-level model, most point-and-shoot cameras have a rarely utilized mode for making panoramas. There are multiple purposes for this mode. It will first use the camera’s display to show when your most recent photo was taken before switching to a live view of the following photo. This is done to assist you in aligning up your photographs and overlaying them. Additionally, it modifies the camera so that it doesn’t change the exposure settings between shots as it normally would, which helps to ensure uniform illumination throughout all the images and makes computer stitching much simpler (although several modern programs will also level exposure reasonably well).

One of the critical components of a panoramic image is overlapping. A single slip with insufficient overlap can sabotage even the most ambitious wide-angle attempts. On the other hand, no one likes to see pictures that are not visually pleasing due to improper overlap. Usually, a 15% overlapping works just fine; however, that is not always the case. Thus, to discover the ideal overlap, the best approach is to experiment with your particular camera.

#3 Keep it on the right level

As you merge more photographs in panoramic, maintaining your camera level is more critical. There isn’t much to worry about if you only take two or three shots. But it becomes imperative to maintain the level if it’s a monster 25-picture shoot. Consider your lens to be a bent piece of glass. When level, the scene enters the sensor at nearly the same angle from all sides. However, if you tilt that camera down by, say, 45 degrees, distant objects—like mountains in the background—start to seem at a much sharper angle than those in the foreground. This isn’t an issue for a single image, but for panoramic photo stitching, it results in a fan effect that is more difficult to remove digitally. The far-off items will fan out as the camera pans from left to right, and they might not have enough overlap. Additionally, due to the angle at which their light enters the camera, they will look more warped and curled.

#4 Check the scene for movement

Movement in the background can be a thief of what would otherwise be a fantastic photo. Sometimes the doubling up or blur of people, vehicles, aircraft, or other moving things is acceptable. However, too many fuzzy areas (resulting from the computer identifying regions of the overlapping sections where objects are out of alignment) can sabotage the shot. This indicates that you need to snap the photos rapidly. Although, sometimes, the movement cannot be stopped- avoid those cases.

With modern software, you can capture your desired image using more than just one pass from left to right, so don’t be scared to do more than one pass. Begin with the initial access from left to right or top to bottom, and then move up or down to get more information and conduct a second pass. Remember the overlapping rule relating to the shot’s sides and the top and bottom overlaps. Keep your focus sharp to capture foreground or skyline details (360-degree) that you might have missed.

However, the same rules apply to horizontal photos and vertical ones. Alternatively, you might find that maintaining the camera in a horizontal position works just as well. If you are a beginner, a suggestion is to try shooting waterfalls and buildings and then start exploring for other verticals to shoot.

Depending on what you are shooting, focus changes. If you have specific elements in the composition that you want to draw attention to, the best advice is to alter them manually as you pan. Additionally, experiment with getting your backdrop and middle ground in focus simultaneously.

You must know how to set your ISO manually if you are bracketing. The issue with panoramas and ISO is that the light changes as you pan from feature to feature, and your camera will modify its settings based on what it thinks you need. As a result, some of the photographs you stitch will have varying illumination! Thus, ensure the lighting is consistent throughout.

Remember that panoramic photography is time-consuming. Rapid environment change, handling passing pedestrians, and waving flags present particular challenges for panoramic photography. In addition, golden hour colors can sometimes be transient. You occasionally have to make a difficult decision and shoot, nevertheless. The best advice for dealing with all of these problems is to make a strategy in advance. Manage your environment as much as you can to allow for as much unrestricted shooting.

If the camera is allowed to choose the white balance, each exposure will change depending on what the camera is pointed at. It would be difficult to correct dramatically divergent colors in some of your exposures in post-production if you failed to control white balance. Thus, setting your white balance according to your requirements is recommended.

Don’t have a camera with a wide-angle lens? Fret not. Shoot pictures from various perspectives and hire professionals to combine them into a single real estate panorama.

Taking a shot of any object or place from a wide perspective calls for a quality camera and, more significantly, a professional photographer. Unfortunately, purchasing such equipment or working with an expert photographer is costly. However, giving a 360-degree panoramic view is essential because most online photography enthusiasts want to rotate the images they are interested in and examine them in more depth. Therefore, utilizing panoramic photo stitching is the most incredible technique to give people access to such images. In this method, several regular-sized photos are stitched together to create a single wide-angle photo.

Author Bio- Kathy Butters is a content strategist working at PhotozWorld, a leading photo editing company is providing dependable and affordable services. As a creative writer and a photography enthusiast for more than ten years, she loves to share her passion for image editing with other professionals. Her write-ups usually cover topics surrounding tips or best practices for image editing, photo retouching, portrait editing, photo correction, and more. Furthermore, she educates companies from different niches and industries on how they can take their business to new heights with high-quality pictures. For more than ten years, she has been actively sharing interesting articles and blogs to help retailers, merchants, entrepreneurs, and other online businesses leverage the power of photo editing through her write-ups. Besides writing, Kathy is also fond of photography and turning her shots into sketches. 9 Ways to Market your Coworking Space 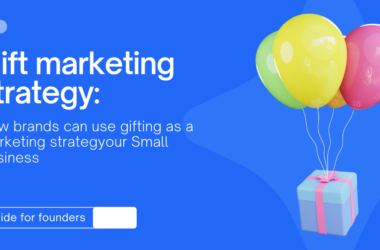 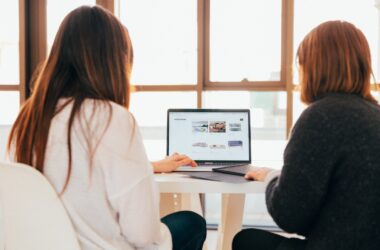 How to Successfully Use Salesforce for HR Marketing