The last year or so has been a challenging time for eCommerce. The sector thrived during the COVID lockdowns when shops closed and people were forced to shop online. Many made record profits, upscaled, and invested in new infrastructure only to find a year later, once shops had opened up, that much of that increase disappeared again; on average, eCommerce sales are down around 10% in 2022 compared to 2021. In addition to shops opening up, many new online stores opened up, increasing competition levels because people saw how much money others were making just by selling online; this is particularly true in the fashion sector. So, how will eCommerce business fair over the next 12 months?

How will Inflation impact eCommerce?

Why is inflation going up?

The effect of inflation means that general living standards go up for everyone. A major factor in this is the war in Ukraine, which has led to energy, food, and drink prices being driven up due to Russia controlling the main gas supply to Europe. Food and drink have been affected because Ukraine is one of the biggest suppliers of grain, a key ingredient in bread, and many alcoholic drinks. To go alongside this, the government borrowed a vast amount of money to run their COVID lockdowns and do mass vaccinations; this has meant that government debt has increased and, in turn, the interest rate that it needs to be paid back at. As a result, anyone who has borrowed or has a mortgage will see their repayments rise, leaving people with less money in their pockets. There has been a sharp rise in people applying for IVAs on the back of this; they are, in effect, a payment plan for paying back unsecured debts. If this is something you think could be useful, try an IVA Calculator to see how much you could reduce your monthly repayments.

How will the rise in inflation affect eCommerce?

Well, on the back of people having less money to spend and seeing their savings drop, people are cutting back on luxury purchases. In all likelihood, clothing retailers will see a sharp drop in sales in 2023. Anybody who isn’t selling food or essential goods is likely to see a substantial drop after already seeing a drop this year following the end of lockdowns. The important thing for businesses right now is to prepare for it, if you’ve invested a lot of money in next year’s stock, it might be too late to go back on it, but if you can, it would be good to lower expectations and perhaps downsize especially if you have found 2022 tough so far. Most of the big companies will survive as people feel safer shopping with them; it will be the smaller ones who suffer. If you are worried or are starting to rack up debts for your business, you need to act before it’s too late. Consider the business equivalent of an IVA and look into Company Voluntary Arrangements. 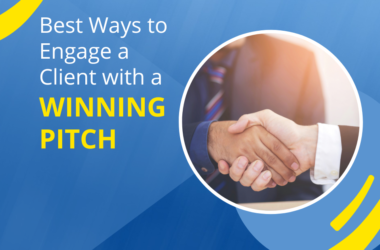