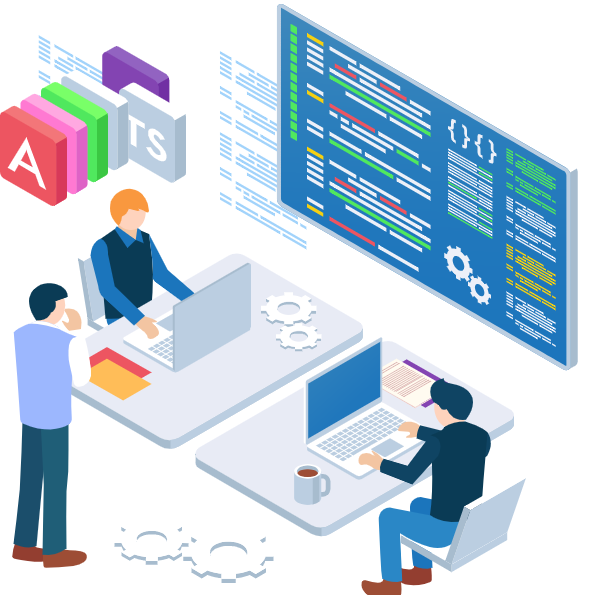 Hello, developers’ community! I think that each of you heard about the migration from AngularJS to Angular for several special reasons that primarily relate to performance. A development specialist knows how to make such a transition without losing databases and huge codes. But maybe you work in a large enterprise (a bank, for example) as a front-end developer and should make the migration to Angular because the JS version is already an old stage in development. Your platform is constantly growing. In this article, called ‘Migrating Large Enterprise AngularJS Codebases To Angular,’ you will learn how to properly make such a transition without harming large code and databases. Read on and discover!

Why is it important for big businesses to switch from one framework to another? Usually, developers make an IT product for many users, a huge part of whom are entrepreneurs.  Since they use this product every day, the developer desires to make it more functional and convenient, which will help entrepreneurs in their work and not waste working time. Users want to see a fast, user-friendly interface and, accordingly, functional, but some things interfere with this development process. For example, in development with AngularJS, several things slow down the performance of applications for entrepreneurs. Firstly, it is poor performance and solidity. Also, the disadvantages include the non-obvious behavior of the framework when working with scopes and controllers. And also the lack of server rendering, which interferes with the speed of work in large enterprises. You ask, what requirements do you want to see in the new Angular solution? In my opinion, they are quite obvious and simple: high performance, flexibility, clear behavior, and server rendering. The Angular framework is suitable for these requirements because it is filled with all the necessary functions. Significant is the clear migration from AngularJS and TypeScript, a convenient programming style for most developers.

Let’s move on to considering the issue of performance when developing on Angular. The native implementation of a page with a large amount of code on AngularJS renders it in the first stage in 700 milliseconds, while Angular does it in 280 milliseconds. In addition, Angular has functions to speed up optimization. Angular is a large ecosystem with a core on which a developer can impose everything he needs, work with forms, with a backend, development for mobile applications. We can conclude that this is not just a framework but also a technology with its own large ecosystem. The big advantage is that it is easy to work with Angular, and you can even manage it; that is, at any time, you can either call or stop some process or write your own render for the framework. What about migration? Angular creators provide a complete guide on how to center your AngularJS application on Angular. That makes it possible for developers to use such a transition without losing codebases for large businesses. What are the migration strategies from AngularJS to Angular? The first method is to rewrite everything from scratch. One of the advantages of this method is that everything is clear in the process, nothing new. But the main disadvantage is the delay in business tasks in applications because we are talking about migration for large enterprises. The next way is using ng-metadata. This is a library, a set of decorators that allow you to write code in AngularJS as if you were doing it on Angular. As a result, your code will look very similar to Angular, but you did it on AngularJS. The advantages of this method are simple integration, but at the same time, you will not get high code performance. The third option is a hybrid app. With this option, part of the application works in the Angular context, and you get almost all the benefits of the framework. But you may run into non-obvious integration. It is important to prepare for the migration. Namely, create a framework for a hybrid application and prepare the AngularJS application for moving to Angular. As a result, you will get a high-quality lossless migration of big code data for the business.

Thanks for reading the article ‘Migrating Large Enterprise AngularJS Codebases To Angular.’ As you already understood, in such migration, the main advantage is lossless migration for business tasks in the application through the transfer of codebases. Angular components are also about three times faster. You will make fewer stupid mistakes in the development process. I wish you a productive and stress-free development!

AI Technology & Its Impact on Business 7 Things About Website Hosting You May Not Have Known 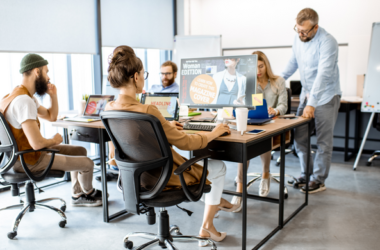