Mobile apps are becoming increasingly necessary for businesses. About 85% of people who shop online prefer apps over websites. Push notifications can help you reduce the chances of an abandoned cart by 16 percent.

If you’ve got a digital business, you’d be glad to know that app-based startups have 825% IPO compared to non-app-based startups. That means if you’re business has an app, your business’s potential increases by millions.

However, native app development is demanding both in terms of money and time. For that very reason, hybrid apps are gaining popularity. These apps combine the functionality of web apps and native apps. And hence, they are cheaper and easier to build. Moreover, even on a consumer device, they occupy less space.

We’ll explore the benefits of hybrid mobile app development in greater detail. But before we get to it, let’s understand the basics first.

What is a hybrid mobile app?

Technically, a hybrid mobile app is a web app that’s put into the shell of a native app. On the user’s, it works the same as the web app or a native app. Users can download the app from the play store, and once the app is installed, it can interact with the internet to pull data from the database. So it won’t burden your mobile device or laptop with massive storage needs.

Consider Gmail, for example. It’s a 30-MB app only. And it functions the same as the website. But, like other hybrid apps, its interface may differ slightly from platform to platform. So, for example, the version on Android may differ from the one on iOS.

So, a hybrid app is not much different for a user. But for developers, hybrid apps are a short and sweet solution. They are easy to build and cheaper. Their single codebase also makes them easy to scale.

Figuring out when to develop a hybrid mobile app for your business is a challenging phase. It would be best if you led your decision by the following factors:

If you want an app for your company’s internal use, it’s best to use a hybrid one. Similarly, if you’re considering developing a native app, conducting a user test first with a hybrid app is best. The user test will give you a lead about usability, potential, and improvements required.

Ideally, you should develop a hybrid mobile app when your business plan has grown from its seed stage to the pre-launch financing phase. Plus, the right time to begin mobile app development also depends on your quest for the right developers.

The process of development is cheap. But there are a few skilled developers to get through the process once and for good efficiently. So, do your research thoroughly.

Here’s a three-step process can find the best hybrid mobile app development services in your region:

Browse all the top results that pop up. Then, review the packages offered, compare prices, and check out the reviews. It’s a good idea to opt for those offering better value for money. But if the reviews aren’t good, it’s not worth the risk.

Hop onto a consultation call. Analyze their previous work, customer service, and support before entrusting them with the project.

Above, we’ve given you a quick glimpse of the benefits of a hybrid mobile app. Now, we’ll dive deeper into each benefit and weigh the value promised.

In terms of money, hybrid mobile apps are beneficial in two ways, i.e.;

You can release an MVP (minimum viable product) in the market and validate your idea on practical grounds. The MVP doesn’t have many features. It’s basic and intends to check if the market is as potent as expected. This saves huge amounts of effort and monetary investments from going to waste.

Along the same lines, hybrid apps have minimal maintenance. If you need any change in the app or would like to install a new feature, it wouldn’t take much work on the developer’s end. And hence, they won’t charge much. A hybrid app is also low maintenance because it mostly uses the device’s built-in features.

If the load or traffic on a site exceeds its capacity, it gets stuck. Consider Canva, for example, or your university’s exam portal. This is where web apps fail.

Hybrid mobile apps solve this problem as they are more responsive. If you have an app on your phone, it is for you. Everyone’s using the same service, but they are not on the same app as you. Therefore, there’s no chance you’ll face lag.

Users can access data from hybrid apps even when they’re offline. Again, it’s due to the device API. And it’s one of the most appealing factors to users, which increases the market for your app.

Hybrid apps are more accepted in play stores because of the advanced interface of most apps. Since these are lightweight apps, there’s more room for intriguing graphics and an appealing interface. This, in turn, boosts user experience too. Moreover, the experience delivered overcomes the speed issues.

Hybrid apps are an easy way out for small and medium businesses who wish to grow further in the market. If you’re considering growth, too, now is the best time to start! 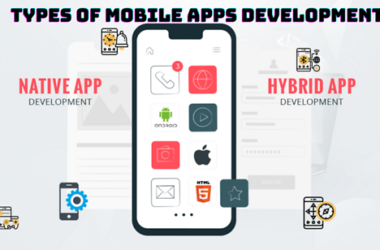