APIs connect two or more systems to share information between them. They enable the sharing of data, resources, and services.

API is short for Application Programming Interface, a set of codes you can use to access an application program’s functionality. Developers typically use APIs on websites or apps to make their products work with other software.

In this article, I have introduced the concept of API and its importance in today’s digital world.

APIs are the most important part of any web application. They are what allows developers to interact with a service and make it possible for them to integrate it into their applications. In addition, APIs provide a level of abstraction that is much easier than coding, which is why they are so popular among developers.

The API enables other software to access data or services on your website and use them in new ways or build new features on top of them. These APIs can be built by you or provided by third-party service providers such as Google Maps, Facebook, Amazon Web Services, and Stripe.

An API is how a company allows its customers to use its service in different ways without having to change the code that runs the website or app itself. For example, an API allows software developers to create mobile apps.

APIs are a way for developers to access the data and functionality of another platform or service. You can use APIs for different purposes, including integrating a new service into an existing one, providing an app with new features, or creating a new website.

New websites, software, and apps are being developed for online businesses, stores, foodstuffs, services, coaching, shopping, and home-related items such as home underpinning. However, API is also useful in many other ways. For example, you can use it to automate tasks on websites that are difficult to do manually. It can also be helpful as a way of sharing information between two different platforms without using the same interface.

There are many use cases of APIs, and you must understand how they work before using them.

What is the importance of API in today’s digital world?

APIs are becoming an integral part of our daily lives in the digital world. They provide a way for developers to connect their apps and websites with other services.

With the rise of APIs, digital companies have been able to offer better user experience and make their products more efficient. This has allowed them to grow at a faster rate than ever before.

API is an acronym for Application Programming Interface. It is software that allows two or more computer programs in different systems to communicate via messages or commands to share data, functionality, or even physical resources such as printers and storage space.

An API is a set of routines, protocols, and tools for creating software applications. In the digital world, APIs create apps that can integrate with other apps and systems.

The importance of APIs in today’s digital world cannot be underestimated. They are the key to success in this era and have created many opportunities for developers.

The recent release of a new standard – Open API (formerly known as Swagger), has highlighted the importance of APIs. It is an open-source specification that helps companies build better APIs.

APIs are important in the digital world because they allow developers to build on top of other features and integrate with other services and systems. In addition, these APIs provide a way for developers to create new applications or platforms.

API is an acronym for Application Programming Interface. It is software that allows an application or service access to a set of functions, data, and resources provided by another computer program.

How to enter records using API?

The best way to enter records into a database is by using an API. This is because APIs are the most efficient way of doing this. They are also the most flexible, scalable, and cost-effective means of connecting to databases.

Developers need to know how to use APIs because it helps them develop applications that work with data from many different sources and connect them in a meaningful way.

API is a computer program you can use to access and use data from other programs, websites, or services.

To enter records using API, you need to have API keys which are unique identifiers assigned to your account by the API provider.

The use of APIs is one of the most important trends in the world of data. They allow companies to connect with other companies and get their data to perform certain tasks.

API is a tool that allows developers to access and integrate with the services provided by different companies. There are many ways in which you can enter records using API, such as through SOAP, REST, or XML-RPC calls.

There are different ways in which you can enter records using API:

How to update records using API?

The API protocol allows you to interact with software, web service, or hardware device. APIs are used to share data between different applications and devices so that you can integrate them seamlessly.

Companies need to update their databases regularly so they can stay up-to-date with changes in the market and industry trends.

API can be used to update records and retrieve data from the database.

Updating records using API is quite straightforward and easy to understand. The first step is to use the API URL in the browser address bar.

This URL will take you to a Page with JSON data. This JSON data will contain all the fields that need to be updated.

After that, you need to update these fields by using your own programming language or a tool like curl or Postman.

An API is a set of rules that allow the software to communicate with each other. It is also a way for one piece of software to access data from another.

There are many different types of APIs, but the most common one is RESTful API. RESTful APIs are easy to use and implement because they follow rules that make them easy to understand and flexible.

APIs are used to connect two or more applications. For example, they are the best way to update records in a database, and an API is a fastest and most efficient way.

Many clients can use an API, so your server application needs good security measures in place.

The benefits of updating records using an API are diverse but include faster response time and fewer errors. You can also update records in bulk, which can help reduce costs and save time.

The API is not just limited to updating records. You can also use it in many other ways, such as creating new records or retrieving information from the database.

When you update records using API, you can save time and money. You can also build a more secure system and make your business more efficient.

The best way to update records is by using an API. This technology allows the users to access the data from their systems’ back end without going through complicated processes.

API stands for application program interface, a set of software components that allow software programs written in different programming languages to communicate with each other.

How to Update Records using API 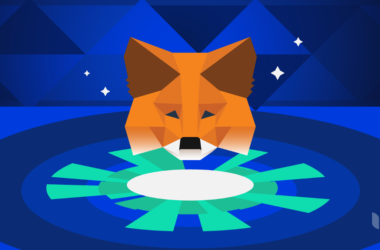