First of all, depending on the type of project, project changes do not necessarily have to be a bad thing. However, changes, change requests, and change orders are synonymous with conflict, claims, and even lawsuits in many industries. Part of the reason is that the people involved have most likely gone into a contract already concerned about the risk of a contentious relationship with a client, or because they feel they undercut the budget and schedule, or because of many other reasons. Therefore, before going after any project work, my first recommendation is to consider the impact of changes on the project from both an internal and external standpoint. For example, when a client informs you that s/he will not accept any changes once the project is signed.

I have been involved in a couple of projects in which it was written in the contract that changes were not allowed. I did not write or authorize the acceptance of the work done by my supervisors because I could already tell this approach was bad news. First of all, it was a civil engineering project across various school campuses in the Bay Area. There were so many variables and risks that it made no sense to accept a “no change orders” project, but I was not in a position to say no. As expected, the project went over budget, and my organization had to take the loss.

For better or worse, changes are almost always unavoidable. However, they do not always have to impact us or the work adversely. Sometimes a change request can lead to an improved design, enhanced stakeholder engagement and satisfaction, and even cost or time savings if we look for the positive side of a change. But to get to that point, we need to discuss and address potential changes from the start both internally, such as with the project sponsor, internal team members, and sub-consultants, and externally with the client, vendors, public permitting agencies, and so forth. And once we have performed our due diligence from the start, the next step will be to develop a change control system and risk plan.

A change control system needs to be in place for two primary reasons: 1) as a roadmap for all involved stakeholders on how to approach and respond to changes, such as change requests, change control boards, contingency reserves, and so on; and 2) to establish a clear message between buyer and seller on how changes are viewed and integrated into the overall project, as well as organizational objectives. Also, in some cases, a mutually agreed-upon amount of change-related costs are established. For example, both buyer and seller can agree that change requests totaling 2 or 5% of the overall budget are acceptable. Such agreements are common in public and private construction projects, where human error, cost fluctuations, last-minute changes, and so on are common. This approach sets a measurable and detailed objective and sets the tone of collaboration and cooperation between both parties.

Table of Contents hide
1 How to Mitigate Project Changes
2 Join the Club!

How to Mitigate Project Changes 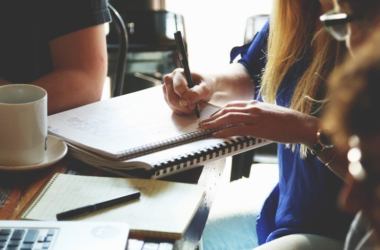 How To Develop A Successful Project Management Plan An Introduction to Project Management