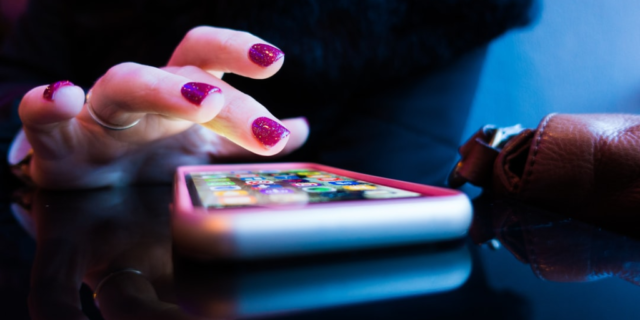 The Upsurge of Mobile Applications

In 2010, Apple passed a trademark statement which said, “There is an app for that!” This reflects that no matter what the need is, there is already an app for it. When the number of Apple Store applications was counted, it crossed a whopping 2,200,000 in 2018 as compared to 800 App Store applications in 2008.

If you are a baby boomer or even a millennial, you can recall the time when games were limited to Solitaire and snake, browsers were limited to internet explorer, and mobile was limited to make calls or send emails only. But with the transformation of mobile phones into smartphones, there is always an application dedicated to specific functions. In 2019, 6200 applications are launched daily in Google Play Store and Apple Store. These numbers are enough to reflect on how the mobile application industry is going big!

According to a survey conducted by US Cross-Platform Future In Focus, mobile applications are the most preferred medium for mobile browsing, and it has been dominating the desktops. But the question arises, why mobile apps? There are tons of answers given the numerous remunerations of mobile apps such as;

How E-commerce & Mobile Applications Are a Perfect Match?

Just like mobile applications, e-commerce is going big given the increasing sales over the internet so, why don’t we integrate the two big things? Fortunately, they have already been integrated. Some big e-commerce stores such as Wal-Mart and Amazon have generated billions of revenue via their mobile applications in the last two years. There was a time when we had to burn the fuel, drive to the shop to do shopping but still couldn’t find ourselves what we wanted. This was taken care of by the launch of e-commerce stores where you could lay around in your house, do shopping, and it will be delivered at the doorstep, yes, we love that convenience too! In addition, the e-commerce applications are always flooded with promotions and discounts, making another big yes for online shopping. It is safe to say that mobile apps have redefined the whole shopping experience! According to a report published by tech journalist, Stewart Rogers, USA generated $500 billion of revenue through mobile retail sales and 85% of the mobile users gain the assistance of their smartphones before making a shopping decision, surprising but right.

How Are Mobile Applications Reshaping the E-commerce Industry?

According to a survey, two-thirds of the e-commerce traffic comes from mobile applications, and 89% of the users prefer mobile apps rather than the mobile website to place their orders. This makes it evident that people are indulging more and more into mobile applications and online shopping!

In 2018, the revenue generated by the retail mobile applications went up to $206.53 billion, and the increase is not only tremendous but topping the charts as well. The other significant advantage of mobile apps is that today, small businesses are making just the same revenues as compared to their high-end competitors. However, many companies are opting for DIY mobile application development, which instead reduces their business given the fact that they are not effective. So, it is better to look for professional mobile application development in Los Angeles to improve the overall end product. And since, there’s a massive competition amongst the app development companies Los Angeles, thereby, the search you’ll have better chances to bargain the best price.

Concluding the whole discussion, we can easily say that there is no going back for the e-commerce industries when it comes to their mobile applications as it can quickly generate billions of revenues!

Aston Arnold is the chief editor at App Peanuts – a leading mobile application development company in Los Angeles. He is an expert on the evolution of the e-commerce industry and loves to share his opinion about the future of the industry. Follow him on Twitter.

Table of Contents hide
1 How Mobile Apps are Reshaping eCommerce
2 Join the Club!

How Mobile Apps are Reshaping eCommerce How to Create Predictable Cash Flow for eCommerce Business