Bottom line is we end up paying to the third party and at times it is a huge amount indeed; often we are knocked over with the actual truth. The solution to this problem is ‘Blockchain Applications‘, which not only facilitates a peer-to-peer transaction but also privatization of the transaction.

With the advent of Blockchain, we can interact with a system whose probity is assured and without the question of ‘trust’. Here’s a peek into the technology ‘Blockchain’ and how it could turn the tide of the world.

Computers store and arrange information on systems – database mostly referred to as ‘relational databases’. The information is arranged in matrices (rows and columns) which people can read, write, edit or delete. As the information grows, it becomes tedious for companies to manage the information, along with maintaining the privacy, robustness, and access to legitimate users.

The Acquisition of WhatsApp by Facebook for $19 billion is an example of the importance of user data for an organization. We are allowing companies to use our private information because we are completely relying on the IT infrastructure to strengthen our favorite apps or tools.

The blockchain is a replacement for this power dynamics; it aids in transferring data from one computer to another without the risk of compromising privacy and keeping it secure and de-centralized. The information is encrypted and saved in a ‘block’; these blocks collectively form the ledger and only authenticated person can access the rightful information. These blocks once created can’t be altered hence removing the question of hacking.

The five characteristic curves of Blockchain:

Think of a giant spreadsheet which is accessed by everyone via the internet and is continuously updated by the people connected to the network. Whenever it is modified, the changes are saved and reflected on all the connected computers through the network.

A network designed to complete an operation faster by using the combined power of all systems.

A type of encryption to change a message by scrambling it and can be only be deciphered with a key like a signature.

A security characteristic with which altering or deleting data is impossible.

A characteristic which allows people to keep their identity safe, secure and anonymous.

MOST NEWSLETTERS SUCK, OURS DOESN’T

Join us for the latest in Digital Media Marketing

How Blockchain will turn the tide of the world

Blockchain can be compared to the 90’s age when we did not know how the internet can change the world. Right now, it may seem like a theoretical idea, but its real-world application will not only impact our lives, but the way businesses are administered, the institutions that we depend on and the very ‘government’ system that we presume.

Till date, we were involving third-party mediators for financial, etc. transactions. Now companies, individuals will be able to directly perform the transactions. This will save their time and the extra charges that they pay to the authority or bank. Like, as an individual or a company you will not have to rely on the bank to transfers funds overseas. Unless the transfer is not authenticated, money is not transferred; as an icing on the cake, extra charges are levied by the bank for the transfer.

Today, it is near to impossible for doctors to share the medical history of patients geographically or for patients to share their complete history while approaching a new doctor. With blockchain, the records of each patient will be maintained in a ledger and with just an identification key, the doctor will be able to access the patient’s history anywhere. Considering everything, there won’t be a need to carry physical medical case-papers.

The traditional contracts are prone to theft, alteration, misuse because any party can bribe the third-party and make changes in their favor or misuse it. Smart contracts are digital contracts which intend to verify, enforce and facilitate the negotiation of a contract. These once created are trackable and immutable. There are various ways to implement smart contract like Ethereum, Ripple, Bitcoin etc.

Social networks, government systems, and credit agencies are the said to be the gatekeepers of a person’s identity. Again, they are prone to be altered. With Blockchain, you and only you will be the gatekeeper of your identity and personal information, like a ‘self-sovereign’ with the key to interact with the outside world.

The world will keep on innovating and we need to keep pace with it. Blockchain can provide solutions and bring tremendous change to the world to make it a better place. It is giving us the power of the opportunity that will result in solving big problems of privacy and security.

How Blockchain could change the World 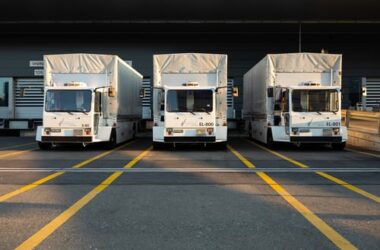 How to Reduce the Costs of Enterprise Fleet Management 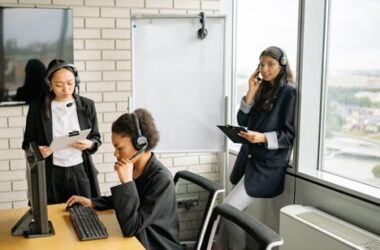 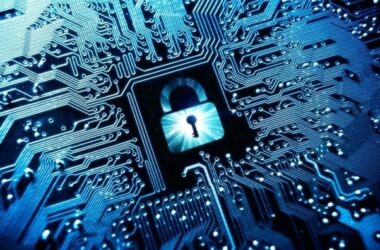 5 Key Steps To Keeping Your Business Safe Against Cyber Threats 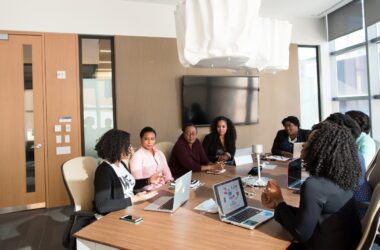 How to pitch your business brand to investors

ORGANIZATIONS WITHOUT ISO STANDARDS OR CERTIFICATIONS

Simple Ways to Add Subscribe Button to Your Site https://buff.ly/3ctEz6W

Remember these Do's and Don'ts when you Build an eCommerce Store with Magento https://buff.ly/3Er2Syf