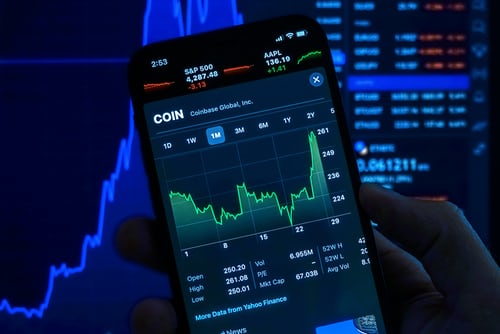 Ever since cryptocurrencies first dropped in the year 2009, they have caused a lot of turmoil, speculation, and wild guesses all around the business world. Yet, now, more than ten years later, things have remained miraculously similar.

Granted, the crypto coins are no longer the wild card we know almost nothing about, and, despite various ups and downs, they have found a very prominent place in the financial sector. But, the market is just as unpredictable as ever, and each new year sets up a slew of expectations, most of which end up being hopeful speculations.

Still, all this guesswork is not entirely without its merits. So let us look then at a couple of cryptocurrency predictions coming from trusted sources that should help us get a good outlook of the market for 2022.

Ever since the inception of blockchain technology, one of its biggest detriments has been found in the energy used for mining. The pressure of relentless green initiatives will finally cause the crypto market to “break” and start optimizing the mining process—one of the strategies for moving from proof-of-work methodology to some less energy-intensive blockchain models like proof-of-stake. Also, the recent Ark Investment analysis suggests that 76% of miners already utilize renewable energy. Considering the current business climate, we can expect these numbers to grow by the end of 2022.

The rise of Non-Fungible Tokens 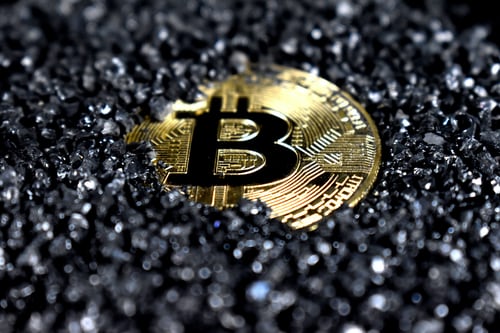 Suppose you are still unfamiliar with the term. In that case, NFTs are digital assets representing real-world objects like music, videos, in-game items, and art encoded the same way as digital coins and traded as objects of value. Even though these objects sound like expandable gimmicks, back in November 2017, people spent a staggering $174 million on these commodities. Ever since the NFT market has been on a steady rise, that brings us to 2021, which saw NFTs scoring a 400% increase in sales. Next year, these figures will continue to grow, and NFTs will purchase everything from coins to cars.

See also  Why You Should Invest In Crypto & How to Start

The influence of blockchain on the contemporary financial world is tremendous. And as this technology continues to grow, its inherent properties will continue to reshape the financial world on the micro and macro level. These days even the average user can use a DeFi-based crypto wallet to discover quality DeFi projects and make instant transactions 24/7. On the other hand, the banks that have tried to kill crypto and failed are now slowly implementing the tech and reaping its benefits. All these developments make financial transactions faster, leaner, and safer, thus optimizing the entire economy. Ok, the word “strange” is misused here since blockchain and IoT are compatible technologies that took some time to hook up together. But, the glass ceiling is finally broken, and the year 2022 will become the year when IoT-based micro-transactions will finally take a full swing. This development is, of course, primarily helped by the increasing adoption of the 5G tech that sets up the foundations for this excessive digital traffic. But, be that as it may, the machines will start trading without the classic financial “middleman,” and the blockchain tech will produce the coin they will use.

Cryptocurrencies are becoming an increasingly popular payment method. Hence, it’s only natural that the countries will finally accept them as the legal means of exchange and use them as a national currency. But, of course, the Bitcoin that is, by far, the biggest player in the market is the one spearheading this movement. Currently, El Salvador has lined up to become the first country to adopt Bitcoin as legal tender. Although the outcomes of this decision are yet to be seen, strong signals indicate that other countries like Panama, Ukraine, and Cuba will follow the lead, probably by the end of 2022.

Ethereum staking a claim to the number one spot

For a long time, Ethereum was known as the second most popular digital currency on the market and a popular Bitcoin alternative for investors who want to diversify their portfolios. However, this situation could change by the end of 2022. Since 2020 Ethereum has experienced considerable growth, and it seems to be that the only thing keeping it from soaring even higher is its high transaction price. The launch of Ethereum 2.0 should solve this problem and make the platform much greener and faster than its direct competitor. Who knows, if the users respond well, the Etherium could knock the king off the throne.

So, there you have it – six developing trends that could shape the cryptocurrency market and financial world in general during the year 2020. Of course, even now, at the very end of the year, the crypto world is still too unpredictable to make any certain claims, but we can observe the storm brewing on the horizon, and if that storm hits the shores, we are in for a very exciting ride. All we can do is wait and see. What Is Decentralized Finance?