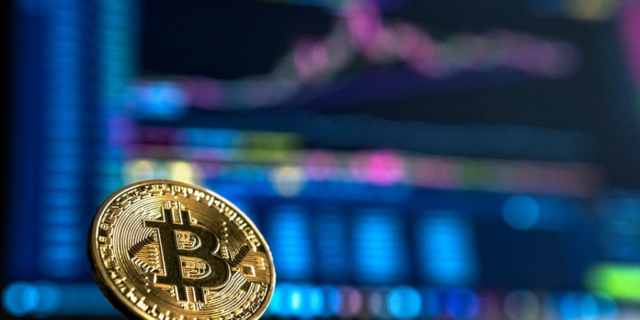 If you haven’t heard the term ICO before, it stands for ‘Initial Coin Offering’ and it is a method of funding that uses cryptocurrencies.

It basically works like this: If you are trying to start up a new cryptocurrency system but don’t have enough money to fund it, you raise that money by crowdfunding.

You make something called a ‘white paper’ which outlines your plans for the cryptocurrency and how it’s going to work.

You then promote this document online and ask for people to make donations. If people want to support you, they’ll send these donations in the form of other cryptocurrencies.

In exchange, you send them some of your product and as a result, it will begin to circulate in the market.

The reason why the ICO system has become popular in the last few years is that it allows people to avoid getting bank loans or surrendering part of their company.

They’ve also been noted for their potential to grow after they’ve been distributed and as such, they’ve become popular among investors.

You will probably see some positive results if you invest in an ICO, but only if you choose the right one. In order to do that, there are a few things to think about.

Here are three considerations you should make before investing in an ICO:

ICOs are almost always independent, and in a lot of cases, the people behind them don’t put much thought into the legal aspects of setting one up.

Any company that offers shares to invest in should have legal support on their team and should have very clear terms and conditions available for potential investors to review.

If you look at the website for an ICO that you are considering investing in and you don’t see any terms and conditions or a rundown of the company’s legal status, then move on.

These companies often get away with not focusing on the legality of their ICOs, because they are not usually in the public eye as much as other companies.

The problems that this can create for you can be pretty serious. There are so many different permissions that a company needs to have before they can start an ICO.

If you’ve invested in one that hasn’t acquired all of the said permissions and it gets shut down, you probably won’t see that money again.

An investment with that kind of negative potential just isn’t worth it. Make sure that you are familiar with the legal implications and you consider them with respect to each investment.

The white paper is one of the only sources of information that you are going to get for an ICO and so if you plan on funding this you have to know this document backward.

A white paper should discuss a number of different aspects and you should pay close attention to how each of these aspects is outlined.

There should be some kind of business plan in the white paper that should very clearly state the process through which they intend for the ICO to grow.

If this isn’t in there you should probably assume that the company doesn’t actually have a plan on how to grow the business.

The goals of the ICO should be in there too. You should be getting an indication that the company is ambitious and committed to succeeding with this project.

It’s also important that the use cases are talked about. You would be better off seeking out reputable, high-dividend stocks than something that doesn’t have an obvious use.

And as well as all of that, just pay attention to how the document is laid out and presented. It should be professional, proofread and well-structured.

You want to know who you are giving your money to and you want to be sure that you can actually trust them.

An ICO is doomed to fail if the people behind it don’t know what they are doing. There should be at least a few people on the team who have experience with successful ICOs.

Hopefully, all of the team members will be given a bit of a profile in the white paper, but you should do your own research yourself too.

Check out everybody on various social media sites and make sure that LinkedIn is one of them. Find out what they’ve worked on before and how well other businesses and projects went.

If they don’t have a LinkedIn profile that could be a red flag. These days everybody involved in the business world has one.

It’s worth considering that if someone who’s trying to start an ICO doesn’t have a LinkedIn profile, they might very well be trying to hide past failures.

It’s also possible that they are completely new to the world of business of course, but that is also a problem here.

Someone without the necessary experience is not going to be capable of running an ICO and so you should seek out the ones with a good, measurable record.

Because ICOs are so new and are very rarely run by well-known, respected companies, it’s a bit of a risky game to invest in them.

But as I said earlier, they have massive potential to grow and so an investment can be worthwhile. You just have to do as much research beforehand as possible.

Table of Contents hide
1 3 Things to Consider Before You Invest in an ICO
1.1 Join the Club!

3 Things to Consider Before You Invest in an ICO How to Start a Stock Trading Business Business Growth Strategies You Can Adopt In Your Business A Professional’s Guide to Business Management